What's a mother to do? 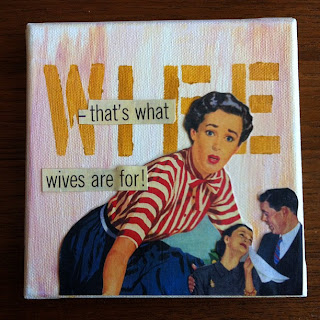 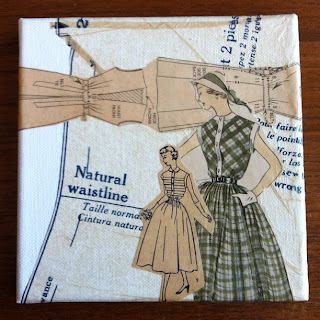 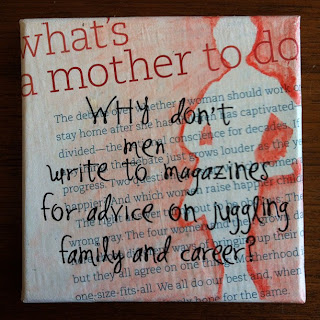 Right now, I should be cleaning my house. I don't keep a spotless house, then fret that I need to be cleaning all the time. Nope, I leave mine until I HAVE to clean, which is today.

As I was "cleaning" I came across 3 mini collages I made about 8 years ago. They were made before I had children, but obviously the role of wife and mother was on my mind.

These were made on a pre-parent weekend when I had nothing to do. Nothing. My husband and I had recently moved from Edmonton, Alberta to Madison, Wisconsin. We didn't know anybody. I spent a full day puttering around with my crafts and made these. I miss those days.

I found these the day after International Woman's Day. The day after I saw Miss Representation. Years after I became a mother. The same week I joined Weight Watchers. A time when I struggle to juggle family and career and ask for advice from others every chance I get.

Note: When these were first made the manufacturer of one of the products I used was accepting artist submissions of art people had made with their products. I submitted all three of my pieces, one was selected. Can you guess which one? Not the most creative or visually appealing. The one that was not "controversial"which is the second collage. The collage about weight was selected, not the collage about being a wife or mother.

My six year old daughter drew this picture this weekend. The first thing I said was "I really like your bird drawing." She looked at me like I was crazy and replied "It's not a bird, it's a lady having a baby."
Posted by sarah at 9:30 PM No comments:

For over six years I have been searching high and low for a teak Mid Century Modern Couch. I've found a bunch, but they were either in terrible shape or crazy expensive, $3000+.

Shortly before Christmas I came across what I called "the worlds ugliest couch". It was at a local antique mall in a packed booth and the back was against the wall. I only noticed the teak leg because I was looking down at my daughter. The frame was in excellent condition, but the upholstery was ugly. Not ugly cool, just ugly. 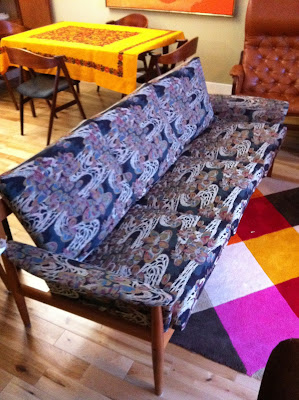 The price was right though, $450. I figured I could live with the uglyness until we could afford to have it re-upholstered. A few days later I finally got the couch home, as we were carrying it in I notice a sliver of cream upholstery underneath. Within an hour I had every inch of the ugly upholstery removed and the original upholstery was underneath! The couch is now known as the Christmas miracle. 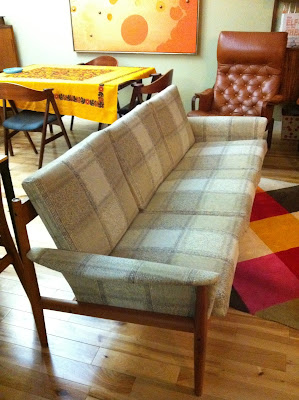 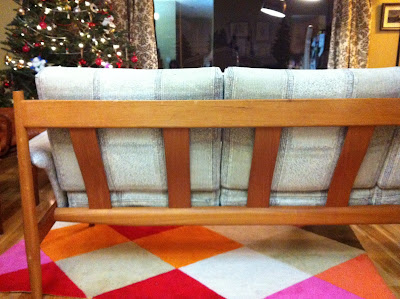 Side note 1 I happened to be at the same antique mall just two months after I purchased my teak couch. I came across this couch, same age, maker, condition and very similar style. The only difference is that my couch as upholstered arms, this one has wood arms. But this couch had a price tag of $1700. :) 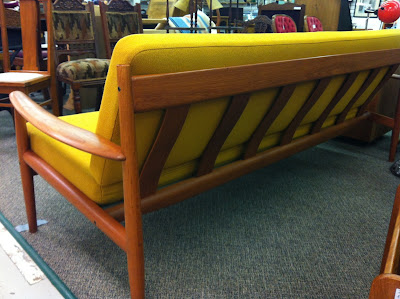 Side note 2 - I found the brown leather chair in the photo above at Goodwill about 5 yrs ago. There were two of them that I purchased for a total of $75, yup $35 each. As soon as I saw them I started yelling at anyone who was in the area "These are mine! I am buying these!! They are mine, I can only carry one at a time, but I'll be back in 1 min to carry the second one. I am paying for them now. These are mine!" Once I arrived a few minutes too late to see someone carrying out super cool retro-modern lawn chairs. I ran after him to see if he was buying all of them. He looked at me and said "These are mine! I am buying them, all of them!" He got them for a steal, $6 each vs $100 each as I've seen them in antique stores.

I crafted this fur purse out of a vintage fur coat sleeve and an old purse. A pair of scissors, wood glue and 15 min was all it took. I didn't have much hope that my DIY fur purse would actually turn out, but it did and I couldn't me more thrilled! Step 1
Find an oh-so-awesome vintage fut coat at your local thrift store for $30. Buy it even though you have no idea what you'll do with it. Step 2
Find an old purse or handbag, possibly the purse you bought for your wedding at 11 years earlier at a liquidation sale. Cut off the sleeve of your vintage fur coat. Step 3 (optional)
This purse had metal nobs at the bottom. I didn't want to cover them up, so I decided to whole punch the fur. I needed to know exactly where to punch the wholes, luckily I had an ink pad close by. I inked the bottom of my purse and stamped the location for the wholes. I used my favourite Martha Stewart Screw Punch. It cut through the leather like butter. Step 4
I used wood glue (since that's what I had on hand) to attach the bottom of your purse to the center of the fur. Once I had the bottom glued, I trimmed the fur to the size I needed. I turned the edge under slightly to give it a nice edge and glued the sides on. Step 5
The sides of my purse were a little tricky, but it's basically just like wrapping a present. Fold and glue. Be careful not to get an glue on the fur. Step 6
You're done! Time to start thinking of all the other things you can DIY with the rest of your fur coat.

This blog post was originally posted on my CHILDish blog. It doesn't belong there though, it belongs here.
Posted by sarah at 7:32 PM No comments:

It's been a long time my friend

Wow, it's been a long time since I posted here.

This blog was created for me to post my print and pattern designs. I started this when my son was only a few months old and now he's 3 yrs old! I used this as a creative outlet, when I was drowning in diapers, nursing and sleepless nights. I would sneak off for 20 min to create a pattern and post it on this blog. It's so refreshing to step away from creative work for years and come back to see what was good and what wasn't.

Meanwhile I started a company, CHILDish. That's really when I started to ignore this blog and my exploration in print and pattern. At CHILDish I design and sell personalized products for kids. It's been a blast and I've grown and learned so much along the way.

Last week I attended ALT Summit. It was wonderful, you can read my full recap here on my CHILDish blog. Being at ALT reminded me that I don't just need to stick to one thing, just because I have CHILDish doesn't mean I can't keep designing patterns and posting things that excite me. So, I am back!! Thanks for joining me. 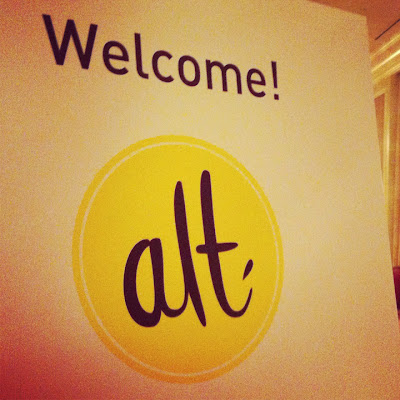 Orla Kiely children's board books due out in September. Dreamy. 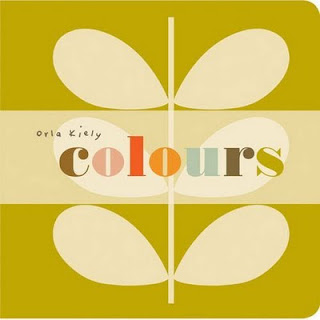 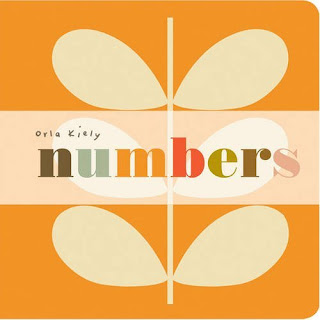